A little while ago, I had the opportunity to test an excellent product which allowed connect an external hard drive to this device, a data, and make accessible files over Wifi up to 5 different devices, but also to serve as a router. Only, it can only take the hard drives (or USB keys) externally. What so internal hard drives? Well he must either buy a SATA-USB adapter but in this case, the hard disk is not protected, or then to use a box to make the hard disk internal external, but ultimately end up with 2 devices in hands… Fortunately, there are products that allow the integration of the hard drive within a datashare! One of these products is well on that which I will test here, Aukey WD – N3! 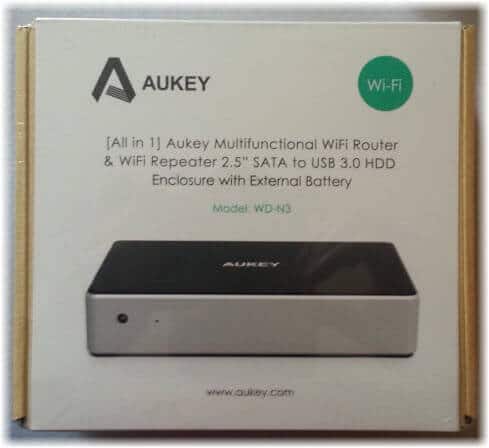 Characteristics of the WD – N3 Aukey

Upper and lower side plastic, the middle part is metal. Unfortunately, fault, black plastic faces bright, very strongly keep fingerprints. The underside, on a light pressure kick, facilitates its withdrawal in order to place a 2.5 inch hard drive. It may only be in her breast that a 2.5-inch, 2.5-inch hard disk being those found in laptops. Exit therefore 3.5-inch. 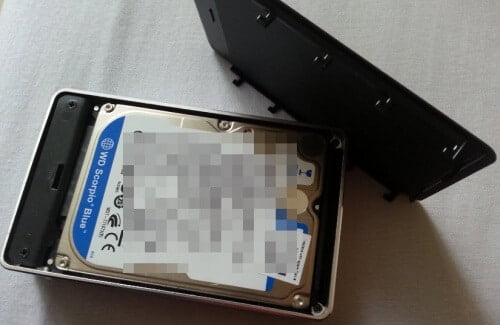 On the other hand, once positioned, this hard drive will be very difficult to remove, if not impossible! Second default… And not a little, I think, because the hard drive, although not requiring tools (screws, screwdriver) to insert it and let it stabilise, is blocked by a bar in plastic. However this plastic bar is separated from the hard disk with no space, it sticks! In addition, it is strongly advised not to break it, because this plastic bar serves as a support for the clips to the underside, so without it, face no longer and your hard drive is no longer safe! This big flaw has to the fact that once a hard disc, it will have to remain so until the end of one of the 2 products… And if the hard drive dies, you have to break the bar plastic and therefore you lose the underside…

Concerning the other functions can be found: a button ON / OFF, a battery indicator with 3 Leds. One might think that each indicates an equivalent slice of 33%… EH well no! This is done by instalment of… 20, 60 and 100%. So the 3 leds does not represent the same percen

tage! There is also the presence of all types of USB ports: a female type port A, a female mini-B type USB port and finally, a port which is not actually a USB port, but like, a UC – E6 port for the adapter to the Ethernet port… 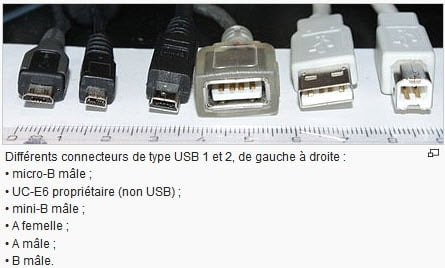 And on the right slice, you have a port jack for charging and a reset button. Byebye therefore the SD card reader that could end up on the Nextav. Results race? Port jack to recharge the battery, but the mini-B port does not charge battery while it is connected to the computer for example! A port has to charge another battery for example the mini-B port could very well do the trick… You have 3 ports, 2 USB and 1 jack, although it could have only 1 or 2 for more to facilitate…   Side wifi, in itself, it is easy to ignite, connect, streaming also. On the other hand, I have noticed some problems during playback of movies: having multiple video players on my Android smartphone, so I can choose which drive to use. If I choose a film and start it, it starts directly, regardless of the drive. But if this film started, I asked him to go to a more prominent time xx: xx, where the player blocks and unresponsive! And this for the player Mx Player, as well as Google Videos! Exception: the reader is integrated with ES Explorer… I do not know if this occurs also as iOS, but prior to start the movie, every time a list of choice including… only one choice, which is to start the movie locally… Having no other choice, the answer is automatically Yes! And I suspect that it is at this level that it blocks for other readers. Explorer, and therefore its integrated player are somehow in their environment which is the management of files, which is not the goals first of other readers. On the other hand, cannot open another that multimedia files (doc, etc…), in any case, with the Aukey Share application.

WD – N3, in itself is not too bad, but far from being excellent in my opinion. I believe that it is not that of Nextav but or need an external hard drive, while here it is a HDD internal. However, it shares its data in wifi without too much trouble. While there are some problems with some video players, but this may very well be due to the drives themselves and not to the application. Edit: It is quite possible to remove the hard drive without breaking anything: just shake the box open and "drop" the hard disk by gravity, and then remove it. Very intuitive not from my point of view. The little practical element to the charging Jack, I think it would have been more convenient to use one of the USB ports. Design level, fingerprints on the plastic sides is awful, especially as traces of glue/air bubble of the packaging are also present without being able to remove them.   Link: in http://www.amazon.fr/gp/product/B012N2CW1C/