3 rd anniversary of the blog and contest number 2!

A new contest with as a gift, a Jedi awakening for the 3rd anniversary of the blog!

I firstly want to thank Super unusual, most notably Jean-François who has agreed to be our partner on this occasion!

Super unusual is an online store which offers you as unusual objects! Their slogan is "The boutique of gadgets that are" personally, I will replace "Although" by "excellent"!

You have something for everyone! Whether you are geeks or not at all, you will find a gadget that you like, or like that or that which you want to offer gifts geeks, fun or unusual!

A few examples? Ben you have packages that we offer, you also have the cuddle cushion for those who feel alone (e) s, the underwater umbrella,… blood shower gel, etc…! For all ages, for everyone but also for everywhere: lounge, Garden, bedroom, etc…!

To return to the contest, we offers a revival in the form of training Jedi sphere which will let you check if the Force is always on your side in the morning! That one day did not dream smashing his alarm clock to turn it off? We had all wanted to do it at least once, but it has not done since awakening might not survive the next day!

Well, thanks to this Jedi awakening which is taken from the famous Star Wars saga, your dream can finally become a reality! Well Yes, because to turn off this alarm clock, need to smash it against the wall or on the ground! In short, as it would be a true Jedi! 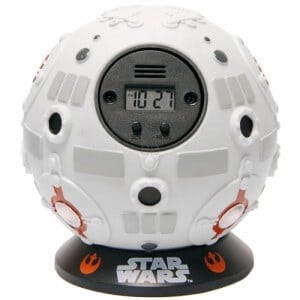 The Jedi awakening, it is: 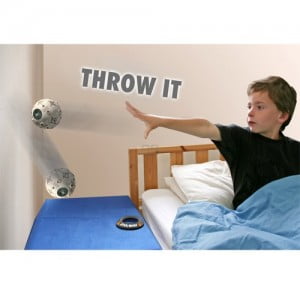 To participate in this contest, it is ultra simple!

Simply just to comment on this article (say what you want, that you play or you can even write jokes if you want, it's always fun and it will be nicer! ^^)

Draw and results will be published in a summary article once all anniversary competition will be completed.

Good luck to all!

Don't forget that you can also participate in other competitions!

PS: Do not worry if your comment not appears right away, all comments are subject to validation, I validerai per block of x comments, so may your comment to be validated only after several days.