Skip to content
Home » Divers » Gather DropBox, GoogleDrive and another cloud with Cloudiz

There are more in addition to website offering a cloud service that allows to share files via a storage space on the net. The best-known no longer need to be cited, services such as DropBox, Skydrive, Google Drive or even more recently Mega, are booming with still more space up to 1 TB on a Flickr photo account!

All shares these tools have a main flaw, is that if you use Google Drive and one of your friend wants to share a DropBox folder with you, need you a DropBox account, and small to peti t saw that nobody uses the same storage spaces, it accumulates more and more accounts in different area of the cloud. Today, it is not uncommon to have 3-4 accounts sometimes more, for storage and sharing online spaces. As a direct result, it becomes also more and more difficult to find a files if you remember more about what cloud platform it is. Here comes Cloudiz, this ambitious project is to offer the user to create an account with them to reattach all accounts of cloud in which they are registered and thus bring together all tablespaces in a single interface.
The site is currently still in Beta, yet three giant's cloud are taken into charge, DropBox, GoogleDrive, and Skydrive.

But he is not content just to gather in one place tablespaces, it also added value to other services adds! Thus, it becomes possible to comment or annotate a file on google drive for example, to share files through "space" which are some kind of folder/space community that a user creates, it defines the rights of visibility and then he shared with other people. 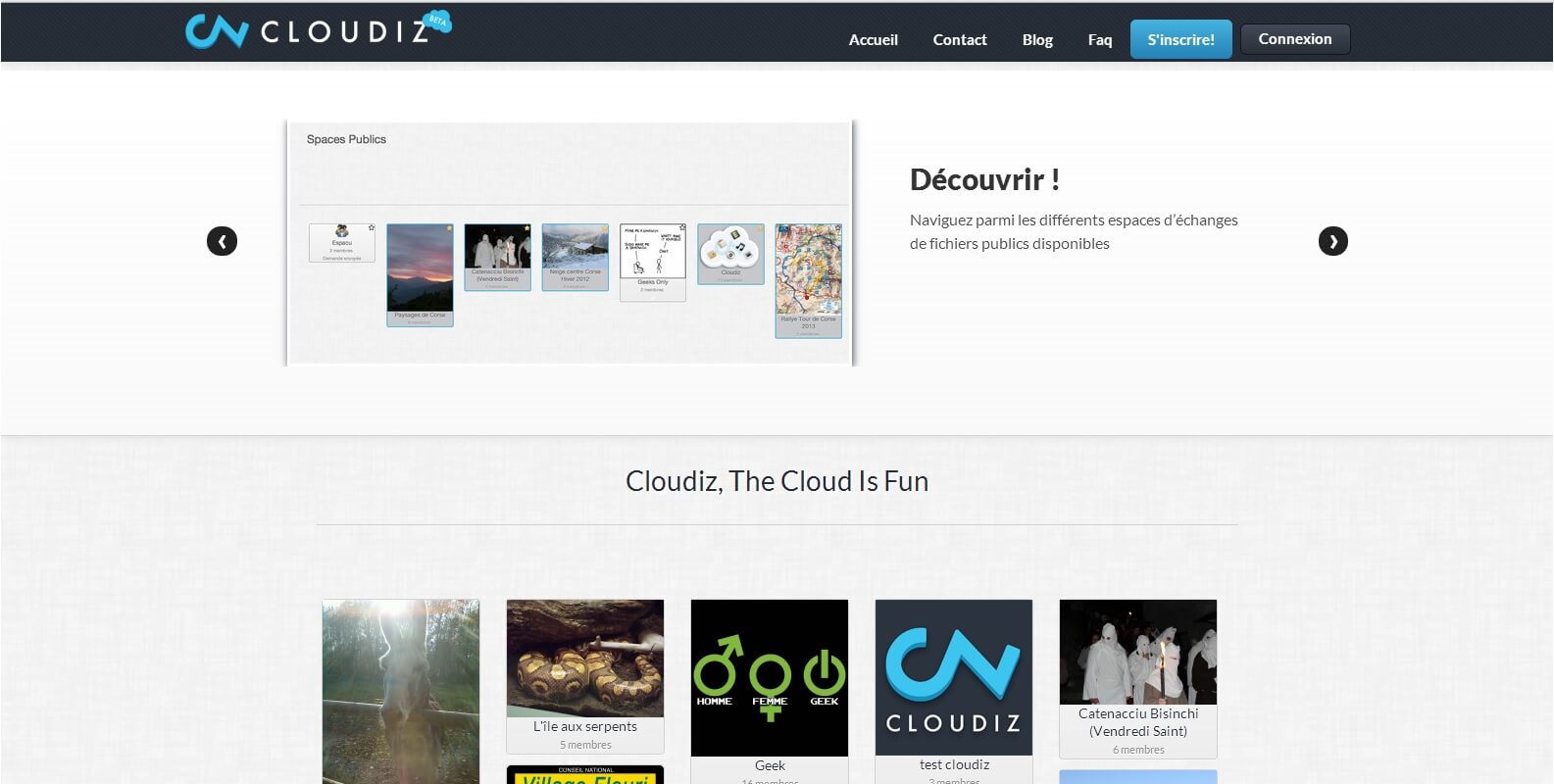 Among the next update there is the transfer of one cloud to another, it means that an A user who has a Cloudiz account, Skydrive and Google Drive, may be recovered from a user B with whom he shared files, a file on DropBox user B and repatriate him on the Skydrive user has for example , and thus not need to register for each cloud on which we want to recovered files. There is also, in the anticipation of the growth of cloud services, other platforms which will took charge of the site. The ability to view the file directly online without downloading is also under consideration by the two founders of the project.

To follow its evolution and the evolution of the main cloud, part blog site to keep abreast of the latest news.

To conclude, we can say that this project is convenient for many aspect, for easy sharing, classification and search of files in the jungle of the clouds that exists today!

Link: in http://www.cloudiz.com/ (it seems that it has unfortunately closed)