Skip to content
Home » Unclassifiable » How to choose your laptop 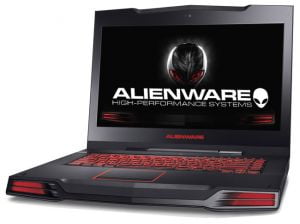 To choose your laptop, there are many variables to consider: processor, screen, memory, hard drive, graphics card, speaker size,… Moreover, on computers of this type, we can not afford to change after either of these parameters unless you are there know computer!

So I will first introduce you to each of its parameters using as basic model of the laptop Dell, Inspiron 15R (a remodeling of the range), to what can be found in the beast. For information, this is a laptop not expensive (&lt; €600).

Definition: It is the CPU of the computer, the component that deals with conduct all calculations necessary for the implementation of the programmes.

The latest processors for laptop can mount up to a total of 8 cores. More than a PC a hearts at the most it will be fast in execution of multiple programs.
The version on the inspiron 15R is an intel core I3 (he confine those who rely on their computers as a tool of work) but that can scale up to a 3rd generation I7, the latest from Intel (for those who use their PC's intensely (game, processing of photos and movies, multiple programs open at the same time,… ) Nothing stops it is a beast to work! :)

A crucial parameter for laptops. Sizes range from ultrabook (a thin computer with a small screen) to the Mastodon's 18 or 19 inches.
For this choice all depends on what you will use the pc, if you'll use word-processing or work, a ultrabook will suffice (less cumbersome). However if you want a multimedia platform it is preferable to turn more than 15 '' laptops. Namely that the largest will be the screen at most it will consume energy and therefore more quickly pull your battery.

Definition: Main memory, workspace on the computer which will turn on the software. Its role is to store and render the information during the execution of the programs. But everything will disappear when you switch off the computer.

At most it will be raised to more than your computer will be faster in the execution of the tasks that you incomberez him. It goes hand in hand with the processor.
On the inspiron 15 R, the amount of Ram (Random Access Memory) is 4 GB. This is sufficient at all, unless you do the imaging film or games onlines.

Definition: Stacking of magnetic disks that constitutes the main storage memory permanent computer. You can write data and delete as many times you want to. Unlike the RAM, the hard drive is a read-only memory: the data it contains are not erased when you switch off the computer. The hard disk contains programs and files created by the user.

A hard drive is characterized from 2 angles:

The laptop Dell Inspiron 15 R has a hard disk of 500 gigas to a 5400 RPM speed, it therefore has a large storage capacity but an average speed (advantage: it is silent)

On some computer model you'll see sometimes write "hard drive SSD" is a technology allowing to speed up your system using a primary hard drive SSD (in flash memory) instead of rotate the hard drive. This will save time at startup, and shutting down your computer. But they are more expensive and have a lesser capacity!

Definition: Map specializing in the processing and display of images.

The choice for graphics cards is huge, it ranges from the simple graphics past across the graphics card of competition used by gamers. But basic in laptop computers cheap, there is a graphics card that will meet your need for movies and videos.
The Inspiron 15 R is equipped with a graphics-based intel HD3000, it becomes more and more powerful more than you ride in the range.

Here, it is of the main points to consider when purchasing your computer. Here's hoping that this helps you to better see you there. It goes without saying that cheap laptops have lower performance, but more expensive computers are not necessarily better!