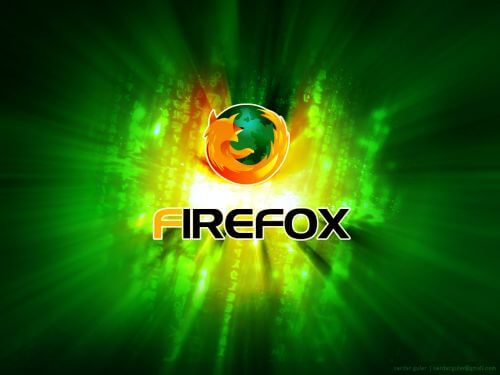 Recently, I observed a rather bizarre bug under Firefox: when I clicked on the Bookmarks button, I got a truncated list… but when I was going in the Bookmarks Manager and I asked what they are all posted, I saw them all!

I was therefore 2 different results, depending on whether I was in Firefox or directly in the Bookmarks Manager!

Since I have over 1000 bookmarks and my list was truncated at the beginning of the list, it was quite embarrassing for me, so I decided to try to understand what the problem was, because at the beginning I thought it was Firefox which expressly limited the list, because with more than 1000 Mark page, no wonder!

In short, the bookmark buguait was present in the list, but I couldn't do anything with! Right click on it, possible, but open, delete, properties, etc… nothing worked! I had beautiful clicked, nothing was responding! I noticed then that even clicking on, normally, it must give the name and link of the bookmark… But even them, did not appear! As name and link appear the clicked page just before brand! Not difficult to understand that it was beautiful and well bugue and blocked!

A little research on the internet allowed me to see that this bug is not new, it would seem that he appeared under Firefox 3, but is not very common… Many did not find solutions quickly abandoned.

A solutions that could work and I found it was to export my bookmarks in html file, remove the item blocking and then import it… Technically, it was a good idea!

Except that it did not work! Why? Because simply bookmark bugue was not even in the html file!

Because he disappeared in the html file, so I decided to import the file as what! Except that I had forgotten that the importation does not delete old bookmarks… I therefore ended up with more than 2000-1 bookmarks! I could very easily all over again and first delete old bookmarks before doing the import, but what good, seen that buguait is impossible to delete?

Another solution that I had, it was to reset Firefox… This is a rather extreme case, and before using an h-bomb nothing to eliminate a mosquito, I prefer always first find and use other less extreme ways!

The solution that I found? This is one that I call "The barbarian way"!

What is it? To delete a file, one containing all bookmarks!

Given that I export bookmarks in html file, I could afford, because in the end I find myself all by making a simple import! But the import even was not necessary, I solved the bug nothing that by deleting the file (bookmark bugue disappeared) and I didn't do anything other!

How to remove an impossible to delete under Firefox bookmarks

The first 2 steps are the same as those from the article allowing you to export your firefox without plugin data. 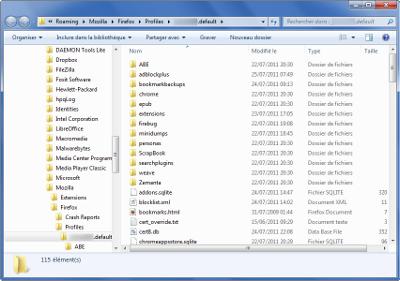 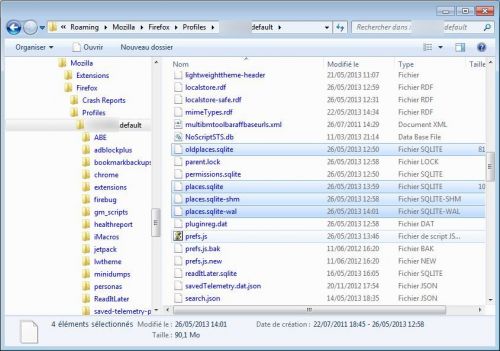 Once Firefox ready, you will see that your bookmarks are back less those that you couldn't remove! Only flaw of this technique is that favicons (icons) of the sites in bookmarks have disappeared! But they reappear once links are revisited!

Check that everything is there, and if it's ok, you can delete the file that you renamed!

And voila! Bookmarks impossible to deleted are deleted!