Summer is approaching to leap!

And alas, we must pay attention to some of our machines that have a risk of overheating, as for example our desktops! And who said overheating, heat, fan noise, instability, reduction of the lifetime of the components, but also slowdowns of your computer and cuts!

One of the most heat is the processor: these are always accompanied by a CPU cooler (topped radiator with a fan)

Unfortunately, the cooler supplied by default in your computers or your processors are generally low-end, these cool just the Union minimum! Therefore, change it.

Here is the test of a CPU cooler to Silverstone, the Argon AR05: 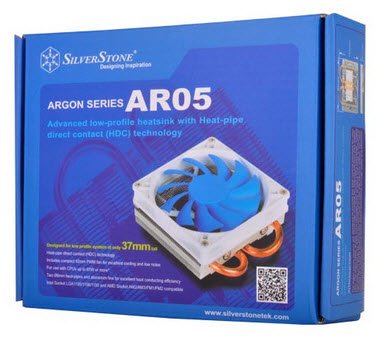 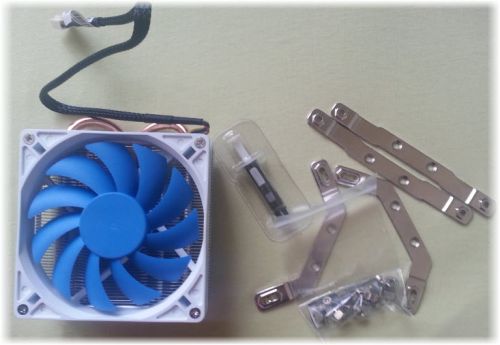 This cooler is designed for processors with a TDP of 65W maximum (for the processor having a higher TDP, it is of course always possible to use, but it is highly recommended to have a positive static pressure in the housing), as well as towers or there is little space! 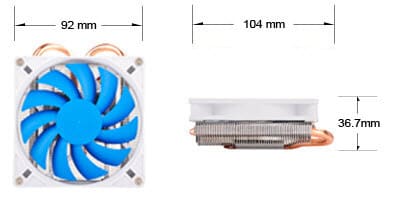 Compared to a CPU cooler installed by default into a computer superstore, you practically as half the height!

Accuracy: The fan has connected PWM on the motherboard.

Of course, these data are taken lightly in a clockwise or it depends a lot on the environment: temperature, humidity, processor, casing, internal static pressure (other fans) and other elements can also intervene as for example a heatskin (passive heatsink) that touches the AR05 while he touched not the cooler of origin (on the other hand, usually, it is at the level of the RAM barettes posed this problem) (, but not here). Another element to take into account: the change of thermal paste. In this test, I used the supplied thermal paste, however the original cooler of course already had its own thermal paste.

In addition the AR05 is compatible with all sockets the most widespread of the last decade, that either Intel or AMD.

Easy installation with enough explanatory instruction, the fan is attached to the radiator at the opening of the box, already makes one thing less to do! At the level of tightness, no fear, everything is calculated to the millimetre, no possibility of being wrong. If you put a plate upside down, you will be able to simply not screw it! 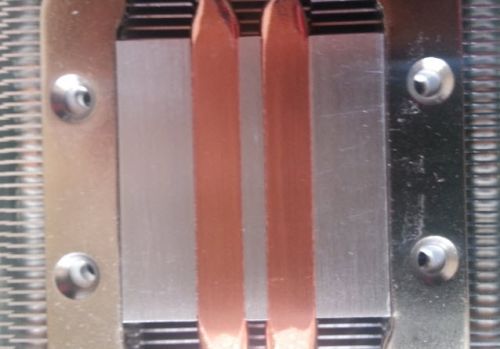 Here, the "slats" for AMD upside => unable to screw

Side fan, kidney to say, it is pretty quiet, even at full load. Cable wrapped in black.

On the side of thermal paste, it is not too runny or too dense. It is a small syringe, but you'll widely enough! If you do not play to the barbarian, no danger, you'll what more or less apply 3 – 4 times or even more! No risk of being short of thermal paste If you miss! I do not have the feature of it, but it is conductive (I guess so electric, so be careful not to put and that it does not overflow) and not… Edible! (I should mention because they have said! xD)

No backplate, but 4 screws with rings shock absorbers.

Easy to install, the AR05 is a fairly good CPU cooler, smaller than a cooler of origin, but more efficient. Ideal for processors with a TDP of 65W, it certainly very quickly reaches its limits for a processor with a higher TDP or OC. Thanks to its compact size, it should be in a vast majority of tours.

Another advantage is its weight. Safer for motherboard compared to some cooler that weigh 1 or even 2 kilos, it has not a blushing as it is almost as effective as some that weigh 1 kg!