The action cam SJCAM SJ6 Legend? Virtually everyone knows the famous action camera brand Gopro… Still must admit that these are excellent cam for action. Unfortunately, this has a price that is not insignificant or negligible: easy in the 300-400 euros! Fortunately for us, the Chinese come the rescue with cheaper models. If I not mistaken, the only major competitor to Gopro, SJCAM. Certainly much less famous than Gopro, but Sjcam is still famous in the middle of the action cam.   Here is the test of action cam SJCAM SJ6 Legend 4 k. 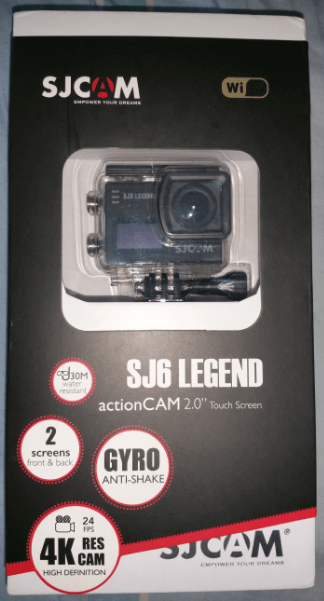 The Legend SJ6 is provided with the usual accessories: waterproof case, adapter, screws, stickers, etc… Note all the same: one battery, a cable usb-mini usb adapter, but presence of a tactile glass for the housing is waterproof! 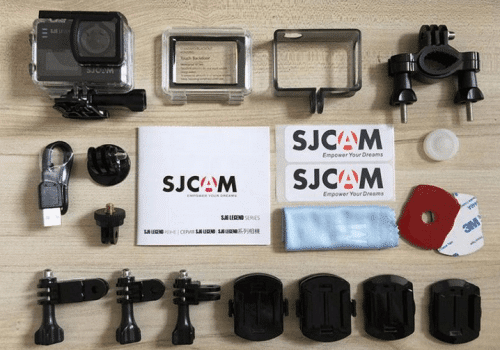 The test of the SJCAM SJ6 Legend 4 k 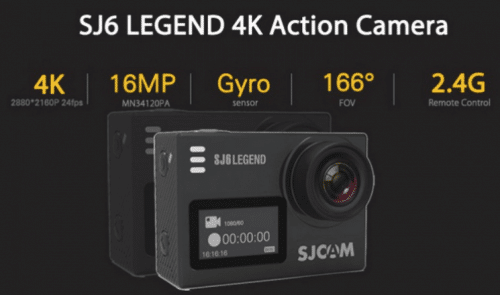 Suffice to say it immediately, the SjCam sj6 Legend has the same size as a GoPro, what makes that the accessories are compatible between the 2 devices. It is a significant fact. Regarding the general appearance of the Legend sj6: you have a touch screen of 2 inches at the rear, a screen of information at the front, a button On / OFF + a menu on the right slice button, a button taking picture or video on the edge of the top. On the left edge is the connectivity: slot for micro-SD card, a mini-HDMI port, and a mini USB port to recharge the battery, but also that you can plug in an external microphone. It is a feature that was very requested among users of GoPro and SJCAM! Attention all the same compatibility, it seems that all microphones are not compatible. 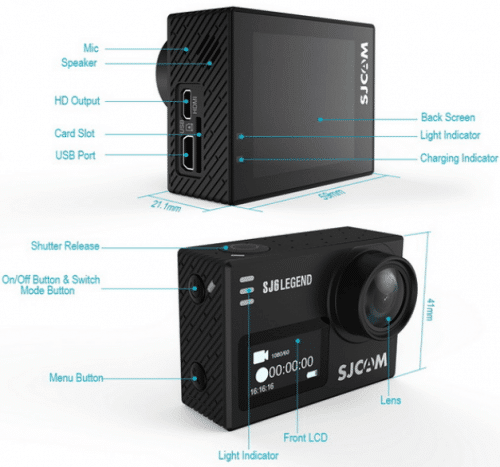 And finally on the lower edge, in location for a screw 1/4 "for maximum compatibility with tripods and other accessories and a hatch for the battery. Hatch, who has also a spring, allowing a better opening and closing it. It's a detail, but it gives the impression of having good stuff that we thought about the details. 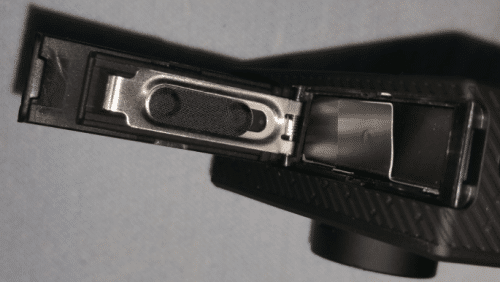 On the 2-inch touchscreen which is one of the flagship of the Legend SJ6 peculiarities: the sensitivity of pose no problem, the brightness is more than correct. On the other hand, his biggest problem is its energy consumption: it is just huge… Leave the screen turned on and you will see the battery down fast! Note that this problem exists also in the GoPro who also have a touch screen.

Regarding the options, they are many and requires a long time to set up according to your wishes the best for those who are demanding: 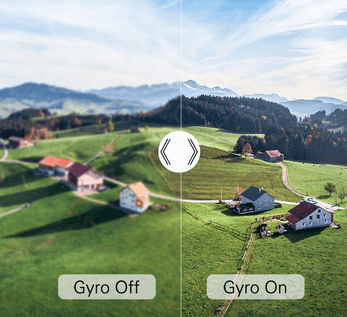 Anyway, as you can see, this isn't the options and settings that are missing! I advise you to put the cam in English, the names of the names are also more correct English and french which is a literal translation and sometimes you wonder what this option! Always about options, normally the number of option will not change depending on the version of the firmware saw that practically everything is there (but consider making updates, they are fairly frequent actuelleemtn and can change a lot because the sj6) legedn is still young), but I was surprised to see a "Light set" function during an update function that I saw during my first use, and also this function is not translated. We can turn it off, or put up to 6… Except that I have noticed no change… It is also one of the problems of sjcam, not the camera itself, but the fact that we don't know in detail what is each function can be a problem: it of maybe stupid, but the light set matches the brightness saved or the brightness of the screen, the volume corresponds to the sensitivity of the microphone or the outgoing volume? The operating manual is far too short and is not in french. Edit: after some research, I found the manual (in English), but much more complete: http://support.sjcamhd.com/support/solutions/articles/9000107294 about autonomy, these are theoretical values:

Cooldown &gt; 2 h to note that in my experience, these values probably do not take into account the use of the touch screen, it consumes quite well, but except that, it is overall quite correct.   Regarding the update of the firmware, it is very simple, but need you a smartphone: you download the dedicated application allowing you to control your sjcam and it will automatically propose you an update if it is available! The sjcam will restart automatically! The SJCam SJ6 Legend is also controllable through a small remote control that you wear on your wrist, but it is not provided by default.

After sifting through all the features of the Legend SJ6, we're finally on video tests! I have not done testing photos because from my point of view, action cam, as its name suggests, is not a camera, but a camera for action! So mainly dedicated to recording videos! 2 tests conducted in a real situation (useless to do a test in his garden or in the balcony, we can not say that there is action!):

The 4 k has not been tested because on this Legend sj6, the 4 k is not native (from rumors, the 4 k would become native as and when new versions of firmware, but I have a big doubt, the sj7 having 4 k natively) Unlike the Gopro Hero 4 Silver Edition with which you made the comparison. I thank in addition Roxanne for his ballads. Crash of the scenery: winter,-3 to-5 ° c, GoPro on the helmet (about 300-400 euros), SJ6 Legend on the chest. (about 150 euros)

The sound comes from the Legend SJ6, we notice that the sound is pretty well captured but unfortunately the sound is strong, more saturated… It was also noted that unfortunately the salt just tarnish little by little pictures of the GoPro, but overall the colors are very well captured by the SJ6 and are clearer than those of the GoPro. The correction through the gyro sensor does its job very well and is even superior to the GoPro! On the other hand, out of the tunnel, we notice the sj6, although she manages quite well the white balance, but is slower to adapt to the GoPro.

The sound comes from the Legend SJ6. The images from the GoPro are marred by salts, due to weather conditions that were pretty bad. (Test carried out the same day as the other video). The same comments as the video of day, but here, we notice that the brightness is more present, or even overexposed. the background noise of images is present but moderate, but from my point of view quite equivalent to the GoPro, or even slightly higher.

There is, I think, no doubt about it: the SJCAM SJ6 Legend is a perfect competitor to the GoPro! 2 times cheaper, but same size so compatible with the GoPro accessories, good battery life, touch screen, myriad of accessories provided, 4 k even if it's the interpolated, made almost identical to that of the GoPro video with under certain conditions the better the other, but overall, they are equivalent every 2! In short, the SJCAM SJ6 Legend clearly worth a visit! If you are looking for quality especially, SJ7 version has 4 k in native. Otherwise, the SJ6 will no doubt make you happy for 2 times cheaper than a GoPro!   Link: http://www.gearbest.com/action-cameras/pp_449913.html