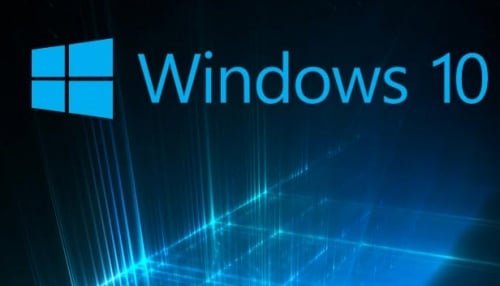 By doing the update from Windows 7 to Windows 10 laptop, I had the bad surprise to have a black screen during the upgrade of Windows 10 which is separated into 3 parts: 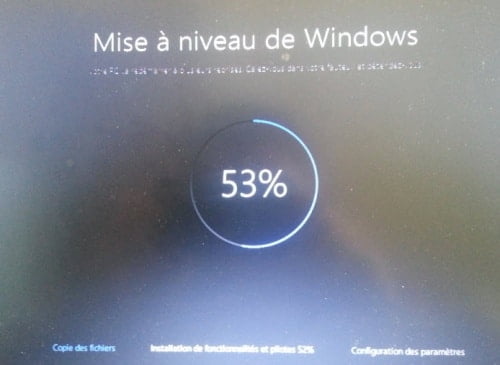 It is quite normal that the computer shuts down and restarts several times during the installation of Windows 10, and it is quite normal that you have periods or you have a black screen that appears. On the other hand, what is not normal, is that you have a black screen that lasts a long time and your hard drive /SSD is not (visible through its activity led). Being on a SSD and as I had already done an update without hitch this with side-there, I suspect that something was amiss after 10 min without mouse cursor and black screen. Relax, they said… As I more or less watched, I know that has happened after 30%, therefore at the level of the step 2, i.e. "Installation functionality and drivers". And who says driver, said graphics driver and says driver graphic, says screen…

Resolution of the problem of black screen

When you have a black screen that lasts more than 10 minutes, there are chances that therefore there was a problem with the drivers of your / your card (s) chart (s) of your pc. If this happens to you, because you can't do anything, you have no choice, you must turn off your machine, even though it was being installed (be sure that your hard disk is not working). Don't worry too much, Windows has backed up your files (because you are entitled to a period of 30 days to return to your previous version of Windows if the Windows 10 installation was successful), but it is always safer to do your own backups. Upon reboot, Windows detects that the installation is messed up and automatically return back on your old version of the operating system. Personally, this step has gone very well.

When you are back on your old Windows, do update your graphics card drivers. For those who have switchable graphics cards, I invite you to read this article on the unified drivers ATI/Intel. Once your updated drivers, repeat installation of Windows 10 and this time, this should happen without worries. It is in this way that I was able to settle my worries of black screen when installing.   Note: Also note later, although the installation was well conducted, on my laptop, I still had black screens on Windows subsequently:

But in this case, although under black screen, you rear Windows 10 which turned perfectly. Black screen (really a black screen and not a lit screen that displays black) is from the fact that Windows 10 don't know / didn't manage the fact that the computer had 2 graphics cards. Several problems are known with switchable graphics cards of 1st generation, and though it ought to be corrected, in my case, it did not work with updated drivers. Windows recognizes them at the level of Device Manager, possible to update, but if I disabled one, it is as if I désactivais 2. And if I started Speedfan to measure the temperature of the graphics card, it put me 0 ° c… which corresponds also to the fact that the black screen that was displayed was a screen off / graphics card off and a screen lit with black… I even thought a moment that my graphics card had grilled… but Windows 10 told me that my graphics card worked perfectly…   I hope that you have solved your problem of black screen during the upgrade by updating your graphics drivers and that it stops is for you at the level of the problems ;-)