Skip to content
Home » Unclassifiable » My laptop screen became black after updates, what to do? 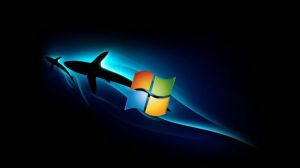 Several people have told me of a problem with their screen, and I also had the same case: the laptop screen remained black from black after the Windows updates of July 2014! The black screen can happen right from the start, or even after seeing the Windows logo… And when I say black, it's just that the screen is not powered, not a black image that the screen would display, so much that one wonders whether its screen or if its PC is not dead… Of course, not all cases are the same, and maybe some really have their screen dead! But if you are in the same case as me and the others who contacted me and whose thanks to my method, they were able to find their Windows, try this trick, it costs nothing, simple and no loss of data!

How to fix the black screen problem?

Why press the ignition button for 5 seconds while there is no power source? It is precisely to evacuate the residual energy that remains in the computer.   Why change mains/battery? Newer laptops often have 2 graphics cards: one that is connected to the processor and which is often used with the battery because consumes less energy because less powerful and another more powerful. Changing the power source allows you to change the graphics card in this case.   Don't hesitate to share it with me if it helped you!