Skip to content
Home » Divers » BetaSerie.com or how to plan his TV series

BetaSeries.com is a site that allows to create the list of its series and manage.

On the same principle that MyAnimeList, this site allows to make its list of series and episodes that you watched what is very convenient when you juggle on several series simultaneously. Once your series list is created, the site shows you your balance with the number of series and episodes you have seen, the time spent in front of your TV screen or computer (some figures can scare…) and the number of episodes they remain on watch to be up-to-date in the series that you follow. 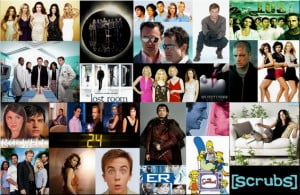 You have also access to a schedule that displays the days of outputs of the next episodes of some series that you watch and you can be alerted by notification on the website, by mail or message on Twitter when an episode was aired, which may be handy in a period of hiatus (pausing the broadcast of the series for several weeks) for example. The site can even manage its animated nevertheless it does not address them all, particularly for the OAVs or films and therefore less efficient that MyAnimeList in what concerns the Japanese animated series!

This site has more a Community aspect since it allows to note and give its opinion on a particular episode or series and therefore discuss with the other members and "make friends" with which share one of his passions, and even recommend…

It has even the possibility to share his episodes viewed on Facebook (by posting a message on his wall or others) and not not download episodes but subtitles if you have the episode in VO (Version Originale) for example and that you don't want to wait the episode VostFr (Version original subtitled French) encoding.

This site is therefore aimed at fans of TV series usually US (because the French series… lol) who want to manage their series. The site is entirely in french, so if you are interested in, it happens here: http://www.betaseries.com