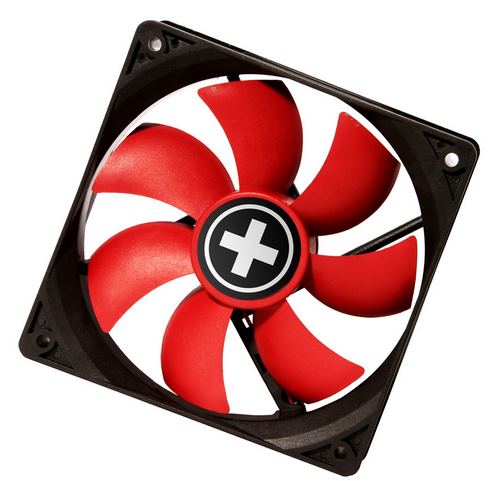 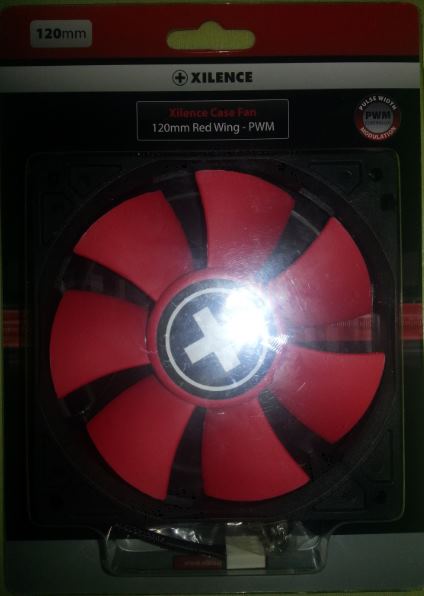 On stationary computers towers fans, I believe that there are 4 important parameters to take into account: the size, the air flow, the static pressure and the sound level. Some will tell you that the speed is important, but personally I do not at all see that it would change it turns at 20 revolutions per minute or 2000 revolutions per minute… A fan is there to cool by bringing a "new" fresh air (therefore the flow and static pressure), but still should not make as much noise as an aircraft engine (so the sound level). The size is well on important because without adequate location in your computer case, you'll simply struggling to fix it… Is there really anything else important? Me, I do not see…

Red Wing is available in 80, 92 and 120 mm, therefore the more conventional sizes I would say. Of course, each fan size has its own characteristics. It is therefore 120 mm. Theoretically, plus size increases, more air flow will increase.

The airflow and static pressure

Air flow (air flow) is simply the amount of air that is sent or ejected from your computer. Most of this value in unit cfm is great, better it is. The static pressure (static pressure) is somehow the "strength" of this airflow. The static pressure is mostly useful in small areas septate, when the fan is close to the element to cool, as for example behind a series of HDD, or in the case of a CPU cooler (Fan + Heatsink to cool the processor). More this force in mm² of H2O is strong, better it is. The best of the cases being a fan with a great flow and high static pressure. But who says big flow and high pressure, said also noisier! On the other hand, pay attention to the units! Some manufacturers do not hesitate to play on air flow units to try to make you buy a mediocre fan at the cost of a high quality fan making you believe he has a high speed! In the case of desktop pc fan, we usually use the CFM unit, but as this isn't an international unit of the system, we can't tell them except in some cases, their blame for not putting the unit in question, as 1 CFM = 1.7 cubic meter per hour (m3/h), m³/h are units of the international system… Used against 'standards'. I see more CFM than m³/h, so I based more on this value. So if ever you see airflow unitless, beware, because for example, you see 50 as air flow… 50 CFM, it is a good airflow for a 120 mm, but if 50 m³/h, done as 29 in CFM, which is the lowest value. Generally, the CFM is located between 30 and 70 to 120mm. Above 70, it exists, but it is rather rare. I could be wrong in my analysis, but I would say that visually, seen from the front, fans who have a pale that do not allow you to see many things in the background (I do not speak of transparency, but space between the blades) are more focused on the MRC, while others are read based on the static pressure.

Value to be taken with a grain of salt, I had already explained my opinion on this subject here in this article. But for indication, according to wikipedia, 30 decibels, this is equivalent to a whisper in the ear… except that there are murmurs and Whispers…

At the level of design, I find it not bad at all with its red fins and the contour black and this, without bright LED. 7 wings very slightly rough with a completely smooth spin Center. If you look from the front fan turn, you may have the impression that the fan is misaligned and will cum in the air, but in reality, it is just the sticker that represents the Xilence brand logo that is not well centered. Because of the rapid rotation, this decentralization creates an optical illusion that makes believe that the fan is defective, fortunately, this is not the case. Moreover, if a fan is misaligned, you will inevitably hear a noise that will mean you its end, however it is pretty quiet, although it has not been specified as a fan of silent type. Elsewhere in this regard, on the manufacturer's website, you will find a noise nuisance for this fan to 28 decibels, but on the box of the product, a noise level at 21.2 decibels. Personally, the fan at 60 cm distance, I don't hear it simply, and even less when it is inside the tower. In operation, relatively little vibration. Its CFM is large enough for a 120-mm I would say to pouf as well as the average in the surrounding of 40 CFM. Unfortunately, Xilence did not static pressure test, so I do not have this value. As such, knowing that he has a fairly large CFM, and whereas a static pressure virtually zero (since it is unknown), for optimized ventilation, it is rather advisable to extraction or put forward in inspiration provided that the air stream is not directly blocked by a component. The connector is 4 pin, so PWM, allowing better management of the fan by the motherboard if it supports. Is of course compatible with 3 pins male connectors (but no PWM control). Sheathed cable.

4 screws are provided, so really the minimum subsistence level.

A very good case fan! Its strength lies in its airflow, the rest being fairly well balanced. Low vibration and low noise! A fan that I recommend!   The product link: http://www.xilence.de/fr/produits/ventilateurs/ventilateurs/red-wing-pwm-series.html the Amazon link: http://www.amazon.fr/gp/product/B000UMSVU4/