Always in my mind to effectively cool a PC, I'm looking for the best of fans dedicated to the breakdown of PC towers. Today is the turn of 120 mm Fan Susurro to spend in my big hands. I thank Aquatuning for this sample, Aquatuning, as its name suggests very strongly specializes in solutions of liquid cooling (and by air also) and tuning/modding for computers, so if you are looking for cool efficiently your computer or spare parts for such products, you'll find easily at Aquatuning!

What is a good fan?

For me, it's a fan which generates a lot of air, has a high static pressure, generates low noise and little vibration. And in with lesser importance, that it supports the PWM. 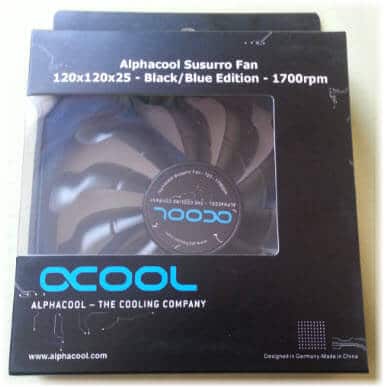 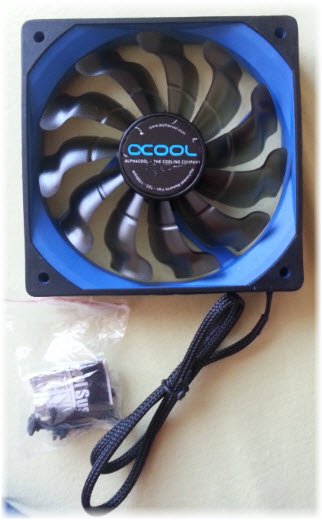 The first thing to say, it is at the level of the CFM: maximum 96.5 CFM! It's just huge, ca! Rare are the 120 mm fans to achieve such flow! It is generally from 40-50 cfm, so here we have almost double! And this great flow generates excellent static pressure: 3.88 mm of H2O! Knowing that it usually exceeds that rarely mm of H2O… And all for a noise level up to 22.5 decibels! Barely smaller than a whisper… Here you are?! What chance, susurro comes from Spanish and means whisper! How is that possible? This is probably due to the particular forms of the fins: due to this particular form, when the fan is operating, one has the impression that there are 3 floors. But you should also know that this fan is not "really" a casefan (any fan that has 4 holes and good dimensions can be called casefan)… Susurro fan is used in several products of colds among Alphacool, including some watercooling! Where excellent performance! And also his consumption… Generally, conventional computer housings fans consume an average of 1 to 2 watts… Here, we reach the 4 watts! Susurro fan comes with a "sheath" / silicone "shell" around the fan, 4 screws and 4 'vis' anti-vibration (I don't know the exact name, but in English it is usually called silicone mounting pins, silicone screws anti-noise / anti-vibration) (or even silicone bolts).

The silicone shell is supposed to reduce noise and vibration, which is also the case of the 4 anti-vibration… Useless, complementary or one is enough? To after my tests (done with the means, namely the mano, the touch and the ear), the hull reduces a small part of the vibrations, but at the base, it is mainly used to optimize the airflow in some coolers from Alphacool, one of their model contains… 3 Susurro fans glued to each other! The hull to "clog" the air that can pass between 2 Susurro fan and also allows to "distribute" the vibrations between the 3 shells. In our case, i.e., fan for chassis, it is somewhat less useful in the light of the thickness of the silicone that is only a few millimeters. On the other hand, the hull combined with the 4 "live" anti-vibration (the last news, the Susurro fan is the only model to have an anti-vibrationnelle shell, but you can also purchase it separately), is the top! You have therefore an anti-vibration throughout + 4 anti-vibration fan at levels of points of fasteners, which makes your case gets little vibrations! The entirely black cable: cable itself and sheath also in black! The top for those who make modding cable! In addition, even the screws are black! PS: if ever you do not like the shell, it can easily be withdrawn! Or even otherwise, be transferred on another fan because they are the classic a 120 mm dimensions, provided that you find best fan…!

A great fan, that I'll among the best! Also well design level, price, performance and vibration! Pity that there is not at present in other sizes, other colors and PMW… Link: in http://www.aquatuning.fr/refroidissement-liquide/ventilateur-axial/17763/alphacool-susurro-fan-120-black-/-blue-edition-1700rpm-120x120x25mm