I generally always filming everything with my smartphone, and even if the quality is very good, I must say that one, it's a bit annoying to have to use my battery to film, and two, in some situations (amusement park, even with waterproof covers for wet locations,…), I always fear that happens to him an unfortunate accident xD I therefore thought it was time to switch to a camera dedicated to this , history of film in the roller coaster (especially the moments where we swallow flies by accident: D), exits in kayak or water parks (the beautiful bowls in the slides), finally in short, capture all these moments ridic… uh, sports 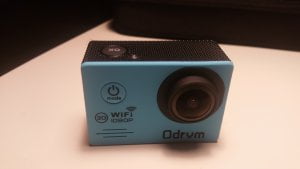 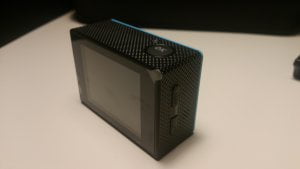 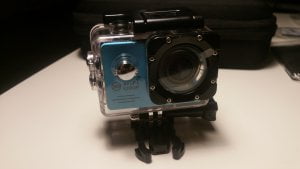 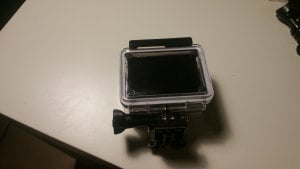 :D   This camera comes with two batteries 900mAh Li-ion 3, 7V, whose autonomy is about 70 minutes when we're filming, as well as several accessories that allow to hang it (wrist, on a handlebar,…), as well as a pouch and a charging cable, reloading that takes about 3 hours to complete. 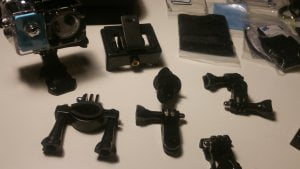 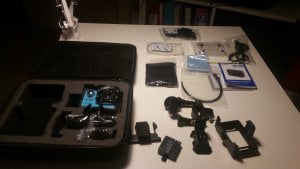 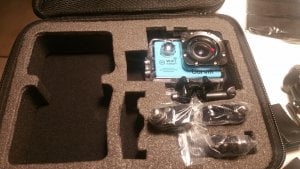 It is necessary to have a micro-SD card to make it work, this can be of maximum 32 GB, a little bit if we want to shoot a lot and in maximum quality but is already not so bad. Speaking of quality, we can take photos in 5/8/12 megapixels, which give good results, and what of videos, we can shoot 1080 p (1920 x 1080) at 30 frames per second, or 720 p 60 fps to shoot things with a lot of movements, in the end the rendering is as well I think! She has several options to film/photograph, as a self-timer, function dashcam, shooting simple, instant… more options that on some models more expensive ^^ this camera is waterproof as they said, it can go up to 30 m deep, it has a box allowing this, and it has a second cover, but that isn't really a replacement cover because he can not be immersed. 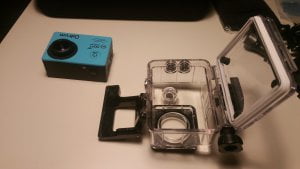 I could not test it in pool or sea since I bought it, only in attractions, I save that for the holidays soon I'll tell you what here, I nevertheless could test its water-resistance, hop in the bath for a p' little quarter of an hour, and no problem she remained well dry :D For what is the viewing of what we filmed, we have a screen of 2 "in the back, which is very bright, otherwise we can also install an application"Zsanycam"(QR code in the manual) to connect the camera to your smartphone, and see which is filmed for example if the camera is attached to your helmet or your dog (seriously who has never dreamed to see what they do in our back? xD). 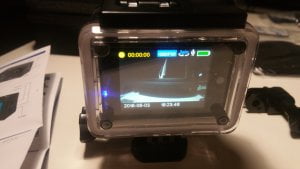 The application is in English, and allows some settings/framing/views of the photos and recorded videos, and also allows you to order the current record. It is also possible to connect it to a TV in HDMI (cable not supplied here).

However the camera menu is in french, you can do several things:
-use the timer
-shooting range
-the functions of stabilization
-car mode
-motion detector

Super happy this little camera, it is used in an amusement park, at least as it's not afraid of losing the "real" GoPro 300, for in the end have a very nice result with not much difference, I recommend ^^ link: http://amzn.to/2wDyIr7