A graphic tablet, not to be confused with a touch tablet, have a very different utility: the graphics tablet is a tool for designers and graphic designers, while the touch pad is basically a giant Smartphone. Imagine a little… erase strokes without damaging your sheet or leave any traces… Copy a drawing part and paste it indefinitely effortlessly… Create effortless symmetry by simply returning a piece of image… Choose the tone and color you want… Undo a stroke without even Gummer it, with CTRL + Z, when a stroke of your drawing is bad… A graphic tablet is always paired with a stylus, so it's like a sheet and a pencil, so you can draw on a computer. By replacing the mouse with a stylus, the strokes of the drawings are much more precise, including an advantage, the management of the pressure: you press finely, you will have a fine line, you press harder, your line will magniish! And thanks to some features available according to the different models of graphic tablet, you will have the management of the tilt of your stylus, the rotation, the grip, and other paramete

rs! I was fortunate to be able to test a graphic tablet, Peritab-502 of the Perrix brand. 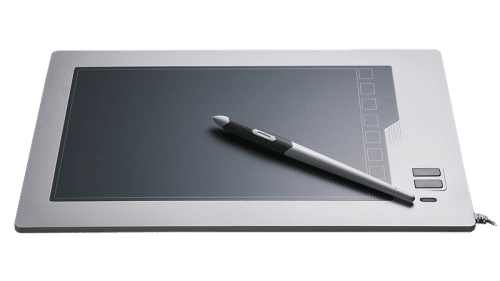 How to install the Perixx Peritab Tablet-502

Ultra-simple and classic, like a majority of devices: you put the CD, you install the driver, and finally, you connect the tablet to your computer, and hop, it's done! 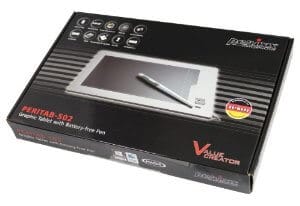 The Tablet is white with color at the working area, gray. From a pretty strong rectangular design, to an unwarned eye, one could believe either a fake graphic tablet or a toy… What you avoid that some do not steal from you! A blue LED indicates its proper functioning.

The weight side, the Tablet weighs only 563 grams and the stylus 15 grams, in short not at all disturbing.

The first thing to say about the stylus is that this one is more practical! It should be known that there are 3 types of pens: those wired, those requiring a battery (and therefore wireless) and those requiring no battery and being wireless. The Perrix Peritab-502 stylus is part of this last category! The stylus consists of 2 buttons which can be parametered and therefore optionally be used as a mouse.

No worries at this level, the Tablet retranscribed in "live", I have not noticed any latency.

The sensitivity is excellent, move the stylus 1 cm above the Tablet, and you will see your cursor move! And this to the default configuration, IE to average sensitivity! I even accidentally dropped the stylus a height of about 60 cm, pointing the stylus pointing downward, and no loss of sensitivity thereafter! All the strokes are perfectly applied to the drawing. 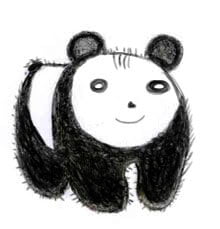 On the sensation side, the roughness makes it look like the feeling of a slightly worn pencil on a sheet of paper.

Personally, the work area is almost perfect for a 15-inch computer. Although smaller, we have no worries to situate. (The work area is your entire screen). Despite having forced several resumes with the stylus on the work area, it keeps no traces and does not seem to wear out.

The customization is quite varied: possibility to change the function of the buttons of the stylus, management of several monitors, possibility to put the stylus and the tablet in "mouse" mode, customization of the different shortcut keys by profile/ programs, etc. In short, at this level, quite complete and before starting his imagination machine, it is better to take his time to set up all this! 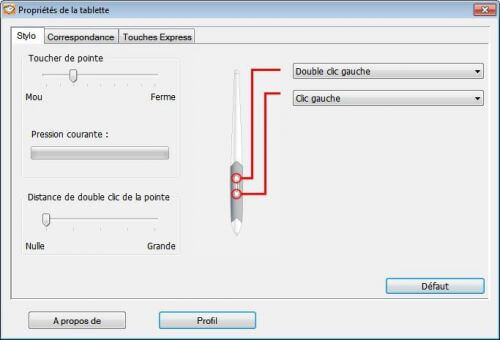 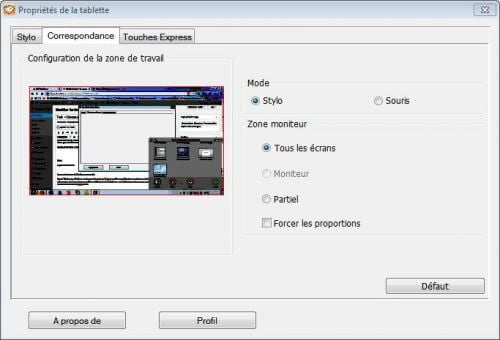 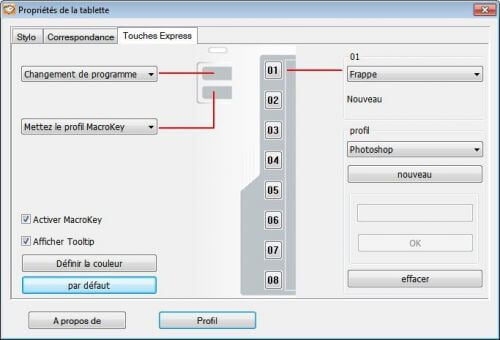 The programs provided allow you, among other things, to write notes on your desktop, post-it, to decorate your PowerPoint presentations, to edit your photos, etc… Not really tested for my part, not having personally useful, but these works without problem and the Tablet is well recognized, moreover some software does not launch if the Tablet is not plugged in.

Since Windows 7, Windows contains a feature that allows it to be able to recognize handwriting and transcribe it. The recognition is not lacking with the Peritab-502 which is directly recognized, as shown in this test performed under Microsoft Word 2010:

An excellent tablet with a good value for money that would suit both beginners and experienced amateurs! Very reactive, light and customizable, only its design does not satisfy me, but as they say "all tastes are in nature!" You can find the tablet on Amazon: http://www.amazon.fr/gp/product/B00C77HO4O tested on Windows seven 64bits, with Adobe Photoshop CS6, Microsoft Office Word 2010 and Inkscape 0.48.

For the contest, it's pretty simple, we will stay on the same principle as all the other contests already organized, you just have to reply by comment to this question:

What would you do with this Tablet?

I may have forgotten to mention it, but you probably suspected, the prize to be won is a copy of the Tablet Perrix Peritab-502, worth 130 euros! No geographical limit for participation, but only one participation per email address. Only the phrases in the comments will be counted, i.e. comments containing at least one subject, one verb and the answer to the question! End of the contest on 08/06/2014 at 23h59. Winners will be contacted by email after the raffle.