Since the appearance of the first MP3, take his music everywhere with oneself has become a gesture between the life of every day, even a reflex. With current phones, it became even easier to have his music still on oneself and be able to share it with his entourage. But what about having a better sound quality and connectivity with all your friends easily?

This is what offers the Veho 360 ° M4 bluetooth speaker. 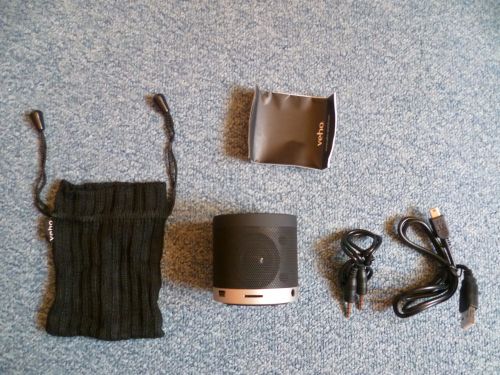 This speaker is very small and light, while maintaining quality of correct sound for its size. It comes with a small bag of fabric storage, a USB cable to recharge as well as a cable 3.5 mm jack (practical if we want to listen to music from a device that has no bluetooth). This cable, as well as the carrying case, are the most significant small because not systematically provided according to the models and brands.

The enclosure itself has rather a nice designs, with over the top buttons of readings that offer a slight bluish light, and blue light indicating the bluetooth connection active. Personally I like this detail, the overall design more blue light makes the aesthetically pretty product. 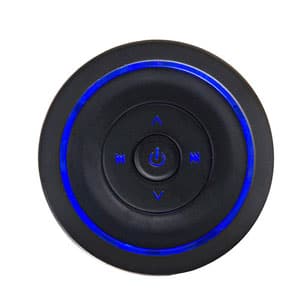 This pregnant mini also has a connectivity to any event, regardless of the type of device, there is a solution: either directly via bluetooth (switching a button located under the speaker to bluetooth) then just start searching for device from his phone or other bluetooth device, then simply connect to "VEHO 360bt" and then type the security code "0000". A set of child's more door is 6 to 10 meters depending on the presence or not of obstacles.

To play audio sources from a device that does not have bluetooth, as a small Pocket e.g. radio simply just plug the cable Jack provides with.

Finally, without the use of another device, it is possible to read music from a microSD directly on here, don't forget to toggle the button under the enclosure to SD.

Only connections that is missing is a USB that would have been handy given the far more important than the microSD USB keys generalization. Nonetheless, it is already well thought!

The sound itself is quite acceptable for a speaker of this size, and indeed the sound diffusion on 360 ° an enclosure suitable for sharing the round table or in a room where people are scattered.

The main problem is autonomy, indeed it takes up 5H, and autonomy go down to 2H and a few if the bluetooth is enabled, which is really little for a portable speaker. The battery has a capacity of 600mAh. It may be interesting to pair here with another product tested on the cave, the solar charger Scosche solBAT II which can, through its 1500mAh, more than triplet the life of this House… a couple interesting! ;-) 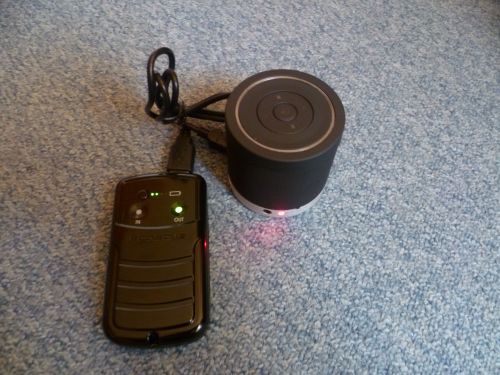