Although the summer gradually nears its end, the Sun is always present. And this is a secret, the Sun is a staple (at our level) source of energy. Unfortunately, or fortunately, the Sun is very far! And so to tame this energy, were found that solar panels to capture a portion of the Sun's rays and convert them into energy. But these very expensive cost, profitability is on the very long term, the installation is not easy and all risks. Nevertheless, there are affordable solutions that are transportable solar panelettes. Their effectiveness is not less, but as the size is smaller, the captured rays are also lower. But as they say, there is no small savings! XD Design has created a small solar charger which has the advantage to attach to a window, the Port Solar Charger. 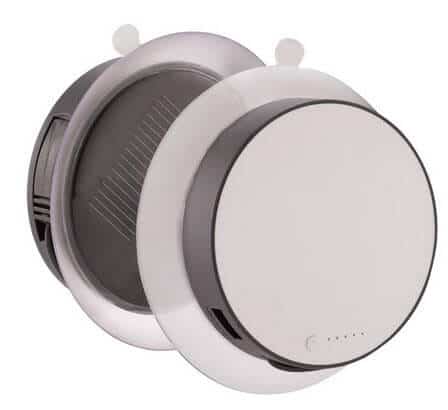 First and foremost, you must understand 1 thing on the technology of solar panels: it is necessary that the rays of the Sun reach directly possible solar panels to make it effective and that there is a good yield. However, in this case, we have a charger that sticks to the glass, and so the rays of the Sun must pass the glass / double glazing before reaching the charger, and so it is quite normal that he puts more time to load than another that would be in the open air. Therefore, take it as a casual charger and not a backup loader (although you can load it by sector, but in this case, there is no difference with other conventional batteries. ) The solar batteries cannot, with current solar technology, in no case be considered as genuine battery backup, kind you run out of battery with your smartphone, you let the (empty) clip 5 min Sun and hop, you can at least make a call. It therefore takes you hours to recharge a battery via the Sun! And this solar charger is no exception: to charge the battery completely, it takes about 20 hours of sunshine… therefore count about 2 day. This may seem huge, but this is quite normal taking into account that it is an inside charger and not an external charger. But if you use it outdoors and so without suction, you should find more or less the same time of charge by Sun than another charger. (10 hours) I was still pleasantly surprised of its sensitivity to light: the battery is re-charged at 7 in the morning, on a window with double glazing and a virtually absent Sun because hidden by a thin layer of cloud, according to the sensor of my smartphone It was about the 1200 lx. And the solar panel was headed due north! Lab test: under an interior lamp, it can recharge if it is sufficiently close to the source. On the other hand, with a LED light, it does not charge, although it could achieve 9000 lx… Then as it was one "bulb", either that it is a matter of insufficient action area, or is that the LEDs do not incorporate light radiation needed to recharge the battery… On the other hand, it can only charge on only one source at a time, reloading USB/AC with priority. Design is not bad, there the integrated internal charging USB cable. 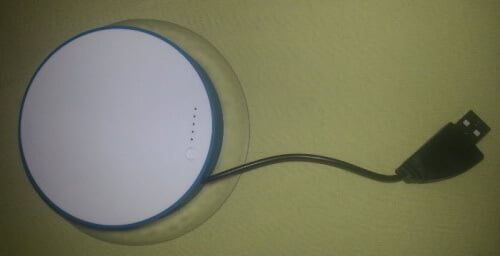 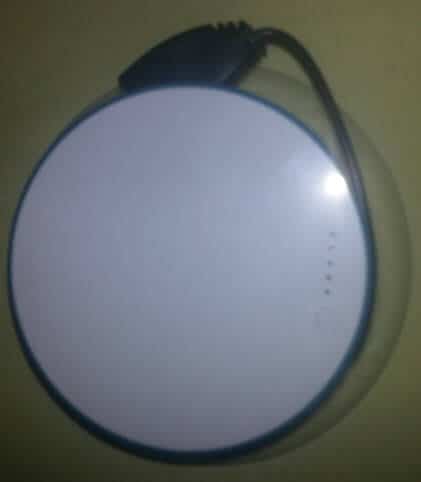 At the level of suction, it is strong enough to hold a glass, but the desuccion is a little too easily for my taste. The tongue is also very thin. I think that a larger sucker and therefore more strong was not useless. You have total 5 mini-LEDs: 4 blue that indicates the battery level when you press the button by 25% and 1 green indicating its recharge by Sun. No cable to recharge the devices, but I find that this is not a big problem. The nine tenth of electrical appliances that require a USB cable are provided with and it is easily found with cables too.

A suitable solar charger, that even in Belgium can be used! :-D Although the sky is medium grey, the battery recharges all similarly. In addition, with 1 LED, you can directly whether solar radiation are sufficient or not to recharge the battery, which is a more significant (although the LED consumes energy, the question is how the energy captured… by report). The suction cup is relatively low, but is still without a problem. Cable charging integrated into the design, which is great, to have a cable less. Mainly Auxiliary battery thanks to the fact that it is possible to recharge the battery of 1000 mAh via the Sun, and that its design + suction cup cannot transport it easily. See also in the long term.   Link: in http://www.amazon.fr/gp/product/B00BBWII50/ (available in various colors: grey, orange, pink, green and blue)