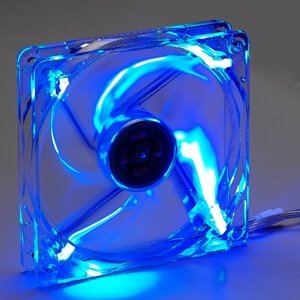 After my first test of the ventilated support, and the recent slight overheating of my laptop in game (which is quite normal, a small cleaning must be done, m lazy I have not yet had the time), I have for I do not know what reason , wanted to do some more thorough research on ventilated media for our dear laptops… I had already researched these on my first test, but I discovered new settings later, and not least! Then I share them with you!   First of all, you have the passive and active media. The liabilities are those that do not have fans and that normally the materials and their design are calculated to dissipate the heat. I have never tested them, but I personally doubt their effectiveness. So let's talk about the active media, so ventilated. And that's where many parameters are taken into account if you really want to cool a laptop!   Ventilated brackets can be differentiated by:

1 large fan or 1 or more small fans: it would appear that 2 small fans would dissilose heat better than a single large fan. But these would be louder. Having tested only large fans, and each ventilated medium being different, I would not speak at that level to say which one is the best. But it goes without saying that only one small fan is to be avoided, it can under no circumstances compete with 2 small or a big!

You have ventilated brackets that blow air, and you have those that extract air. The vast majority of ventilated racks are air blowers, that is, fresh air goes to the computer, enters and evacuates the hot air. The air extractors, much less known, extract the hot air from the computers from below or when they exit. Which one is most effective? I do not know, the arguments of the two camps are justified and the cooling efficiency are present.

Important because if it is not suitable for the size of your computer, it will not adequately cover the surface to be cooled.

By design, I want to talk about its shape, its design, its efficiency and not its beauty. On this side, there is no way to check whether this model is more effective than any other other than in the field or in the laboratory.

This is where it is believed to be one of the most important parameters of the ventilated racks and that the builders will dangle you from high speeds to try to make you buy the ventilated support, but it is much like the cameras Digital is not because the camera captures a larger number of pixels it will give you better picture… Here, it's the same thing, it's not because this one has a higher speed it will give you better cooling! A higher speed would imply in theory more air, but it is not forgetting the fan itself, the direction of its blades, its environment, etc… Take an example: a flat disc that rotates at 600 rpm will blow you from the air or a fan that has the blades deformed? The answer is no, of course! And this is where the real important point of the ventilated media comes in, the airflow!

And so the last point I discovered, the airflow (or airflow): I would say the most important given that it is thanks to this airflow that your PC is cooled! The more air comes out of the ventilated rack, the more air circulates and the excess heat from your PC! And of course, this is unfortunately one of the parameters that we find very little in the specifications of ventilated media! What for? Simply to be able to sell their inefficient products more easily! A good ventilated support must release, I would say, at least 50 CFM (CFM being the unit of measurement of airflow), the top being 80-100 cfm, but these are rare. Be aware that I have already found 5 cfm ventilated racks that turned at 800 rpm, proof that speed means nothing and that this kind of support is to be thrown in the trash (although I congratulate the brand for having had the goodness to mark the number of CFM so to avoid the connoisseurs to buy their product, which is not the case of many brand, whether it is very known or not!)

The type of airflow

Here, I do not know which one is most effective, you have several types (laminar, hydro bearing, etc…) and I think that at this level, it must be customized to the computer and the support.

In terms of noise, it is estimated that above 20 decibels of sound level, it becomes a bit too noisy. Be aware that the more ventilated support will BREW air, the more effective it will be, but also more audible… Personally, the sound level of a ventilated medium is not a feature to be taken into account, I believe that this one will always be less than that of a laptop fan that runs fully and I prefer that it is the support that takes over as my laptop.   After that, you have gadgets like speakers, USB hubs, LEDs, etc…   I hope this information will provide you with a clarification on ventilated chillers for laptops and will help you to better choose your purchases.