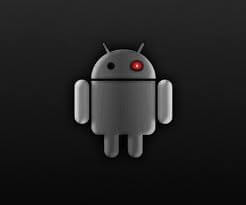 Which in fact is not even surprising when one knows the capabilities of these small beautiful bikes! These are all simply portable mini paired with a phone! Autonomy is even greater on smartphones than laptops! A smartphone is on average 1 day, it of course depends on how you use it, while a normal laptop takes about 2-3 hours with its battery!

Therefore smartphones can be seen as even more portable than laptops and with a better battery life… In short, nothing abnormal in that it uses them more to go on the internet!

But there is one thing that we do not believe is that the web is full of viruses, malware, software spies, etc…! The majority of the computers that connect to the internet are protected, but that is your smartphone? I am sure most of you have simply no software protection on their android smartphone!

Some will say that considering it's Android, there are no viruses for this operating system, especially because it is based on Linux, etc… to which I say: false! There are indeed few malware on Linux compared to Windows, but there are still!

And Android, although based on Linux, is not Linux!

Android viruses appear faster thanks to its booming worldwide, Android is the most popular operating system in the world! And they are also becoming increasingly sophisticated. One example among many others.

The same + access to your SIM card! Not only new technologies appear (such as NFC), but the big companies seek also to payments via your smartphone to do more often (like Paypal) => more chance that your banking data are therefore on your smartphone.

But somehow, there is a 2nd account, and this is your SIM card! Enter into a computer, it is a thing having banking data, it's another. Enter a smartphone, it is a thing, having access to the SIM card, it is the same thing! On a computer, when you make a purchase, you must always enter your bank details. On a smartphone, when you make a call or send an sms, you must not enter your PIN-code every time! => Access simplified to the SIM => call premium rate SMS premium rate, and of course, without that you know! A simple application containing a malicious code enough! (Of course, I'm simplifying greatly, I'm not an expert, but I think the principle is.)

How to protect yourself?

To protect your Android smartphone, it is like any computer, need you at least an antivirus and a firewall. But on an Android smartphone, to have better protection, you must be root (= equivalent access administrator under Windows), so have more permissions to full control for the smartphone… What is somewhat paradoxical… More your Android has permissions, there "gateways", so it can be infected in depth… Wholesale: you are root = Administrator, "supreme" user, you are the God of the phone, what! What you want your smartphone to do, he does even if it should result in his death (called "bricked")! => security barriers anti-suicide and other protections are thrown => more nothing keeps viruses and other malware!

Now that the decor is placed, I will give you avenues to secure your smartphone, depending on whether you have root access or not:

Unfortunately for you, I know, there is only one type of protection available: antivirus.

It is one of the main, but like on the pc, they are limited by their database and their ability to detect malware…

Antivirus, there are not bad, best-known on computers are also found in smartphones. There is no one better than the others, they have flaws and qualities… Some are paid and some are free.

Personally, I've tested in 2 free: Lookout Antivirus and Security and avast! Mobile Security, both available on the Play Store.

When I started with my smartphone, I was using Lookout, I found it quite intuitive, easy to use, but I found that it lacked information: version of the database, recent analyses, etc… After a moment, I switched to avast, which was more advanced and more information. But based on a few recent screens I could see about Lookout, it evolved and seems to be at the same level as avast.

At this level, there are more choices of protection! The best course to all have them!

There is of course the antivirus. But there are also protection via files hosts (on computers) and the firewall.

About the hosts file, it is based on the same principle that on Windows, I advise you to read my article on this one. The same sources can be used.

The application that I recommend is no longer present on the Google Play Store because Google felt that it violated its terms of use by blocking the commercials in other applications. EH Yes, for those who do not know the hosts files, these are used as adblocker also! (This file can also be used as a parental filter).

So, to manage the sources, white list and black list of the hosts file, I recommend Adaway, available here.

On the firewall, I recommend LBE Privacy Guard, which is a firewall that is much more advanced than that which is integrated with the Avast antivirus! It allows to manage each application, and to authorize or not to connect to the internet via wifi, via 3G, your position via GPS, read your sms, your list of contacts, etc… You can find it on Google Play. I have not personally tested other firewall because it seems to me pretty well advanced, but if you feel that others are worth the time, feel free to make me share!