In partnership with ValueBasket.fr, I am pleased to test the smartphone Cubot S208 and offer it t

o you in competition! As a reminder, Valuebasket is an online store specializing in the sale of the latest cheap electronic gadgets, whether digital cameras, servers, audio headphones, webcams, keyboards, mice, digital camcorders, Smartphones, tablets, amplifiers, mixers for DJs, etc… In short, you have a wide choice with the chance to find it cheap at home! Plus, a 36 month warranty! 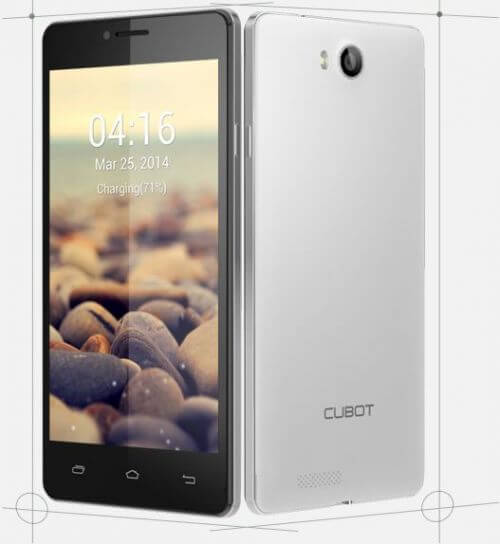 The package includes the smartphone, a 2000mAh battery, headphones, a USB cable, a charger, the English user manual, a protective film and a flip protection.

The packaging is simple, and this is the first thing I appreciate, we do not break the head to disassemble the packaging in such or such a way to have our product! You have your smartphone, a protective film to place and your cover which is a cardboard flip. First thing that is scary is protection: when you see its thickness and how it attaches to the smartphone, we simply do not trust! Basically, it's 2 mm thick cardboard that sticks to the shell of the smartphone… So yes, it will protect the claws, but surely not shocks, especially that it does not protect the sides! And especially for how long! At this level, this protection is useless! Damage… But it is necessary to put in the context: Cubot is a Chinese brand that tries as its competitor Wiko, more and more known in France, which seeks to democratize our cheap smartphones at economical prices! So they have to make certain concessions, and apparently, on the Cubot S208, one of their concession is protection (although to give that, they could have simply not provided…). Once you take the Cubot S208 in hand, you are surprised by its lightness and finesse: 155 g at the counter and 41 mm! And this for a 5 inch screen! At the design level, it's very rectangular, I would say it's pretty simple and the knobs are pretty well positioned, nothing to say at that level, the ignition button is on the right side and on the left side, you have the volume button, the classic, What!

At the software level, the smartphone uses the Android version nu, that is to say without a particular interface on the part of Cubot, and it is much better, this helps to avoid to increase the capabilities of the smartphone unnecessarily. The current version is the 4.2. Since this is the classic Android, I have nothing special to say on it, apart that the smartphone is superbly fluid on, no worries of stability noticed, nor any other problem. Some benchmarks: As 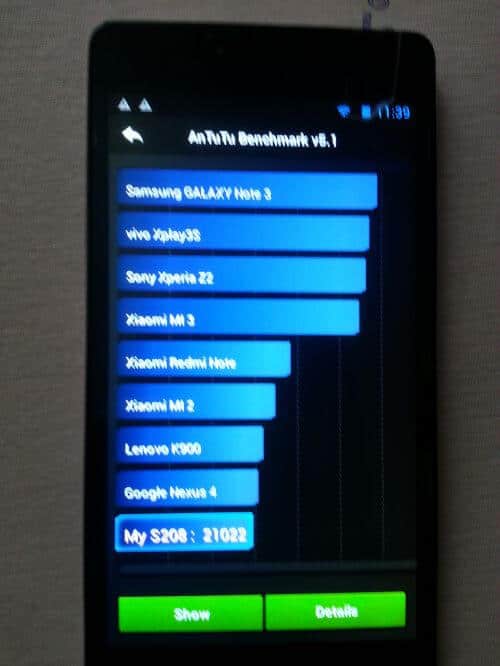 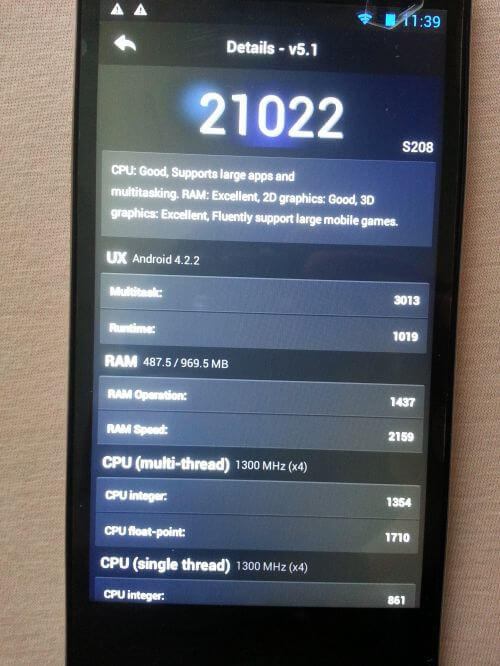 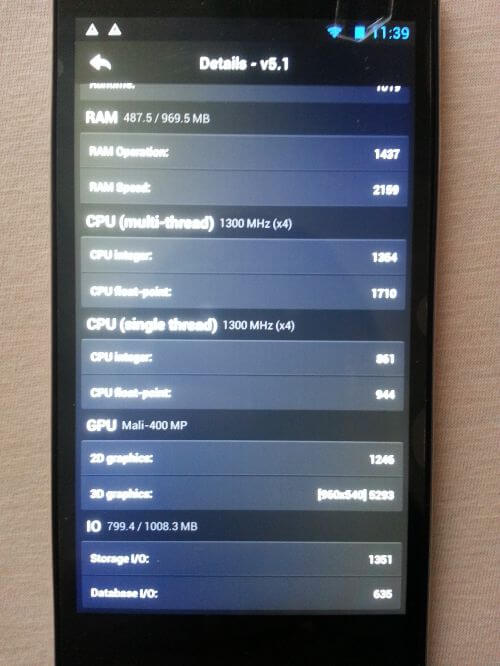 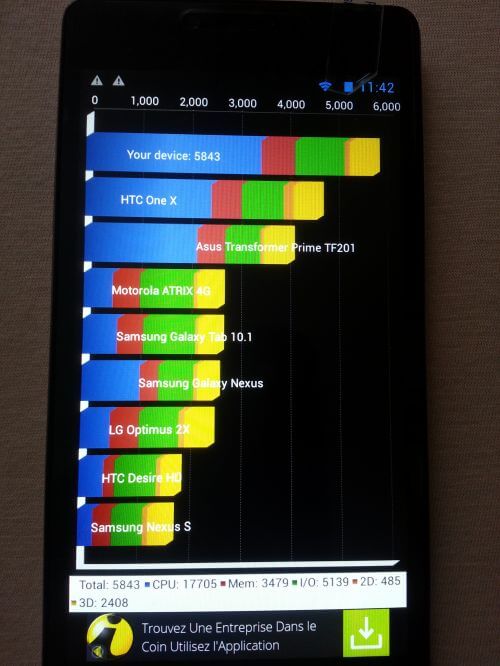 ou can see, with Tutu Benchmark v 5.1, the Cubot S208 is doing quite well, with performance close to the Google Nexus 4, with a score of 21022. Another comparison title, a Samsung Galaxy S3 under Cyanogenmod 11 gets a score of 25462! With the Quadrant benchmark, the Cubot gets a score of 5843, E which is higher than that of the HTC one X! The Samsung Galaxy S3 gets a score of 6076… With these benchmarks, we can say that the Cubot S208 is close to a Samsung Galaxy S3 performance level!   Battery level, with a capacity of 2000mAh, it is slightly below the average that can be found, but it still holds the road. And not negligible for the impatient, this one is loaded thoroughly, so directly usable as soon as it is unpacked!   The camera makes pretty good photo, nothing to say on it, a lot of options that are all classic but to note the presence of HDR! And above all, a 5 mpx front-end camera, quite rare in front, usually is 1, 2 or 3 mpx maximum!   Only concern I had was by updating the Cubot during its first use (updating which I ignore the benefits brought alas)… Is that once the update is done, the smartphone remains in "Recovery" mode… First source of stress for anyone who does not know! And then, second source of stress, is that all the commands in the "Recovery" mode gives as error message "No command", even the command "reboot"! If the update file had been well built, these little worries would not have to appear and would avoid stress. Personally, having the habit of navigating these kinds of screen by doing rooting or various manipulations on my smartphones, I had no stress and I managed to get away with it without worries, it just simply press the button Volume up so that the smartphone will restart normally and integrate the update, but for a completely different user, it would have been a whole different story!

I must admit that I was pleasantly surprised by the smartphone itself, it is very thin and lightweight, a very good screen with good colors, very responsive as well on the screen as its fluidity software! At this price (about 130 euros, in promotion to 109 euros at Valuebasket) for a 5 inch Android smartphone QHD, I expected worse! It's practically a Galaxy S3 in bigger and cheaper! Protection is to be discarded, and their updates require some corrections, but these are problems that I would describe as minors. In short, a smartphone that I advise anyone who is looking for a smartphone that fits in the hand but is light, and that is fluid and efficient in everyday activity without paying several hundred euros for a brand or gadgets/ Unnecessary sensors/Interface! [Gallery columns = "4" ids = "7100, 7101, 7102, 7103, 7104, 7105, 7106, 7107, 7108, 7109,7110"]

Place in the contest! 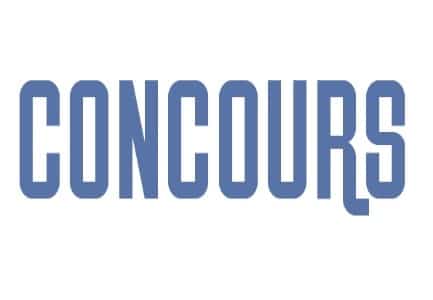 To try to win this beautiful mouse, you have 3 chances in total!

What is the slogan of the online shop ValueBasket?

Like the page of the cave of Pandon, share and like the post!   A participant will be drawn from among the three modes of participation. End of contest October 24, 23:59. Draw on the following days. The winner will be contacted directly by email. No geographical limit. Good luck!