I was pretty satisfied with my first external battery until one day, I find myself with an awful dilemma: two smartphones to load at the same time :((one possible cable and a low capacity, it was not going to do so, the characteristics of the Power Bank Mini Xoopar Squid therefore seemed more attractive, let's see a little together what it says. 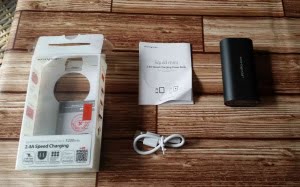 Characteristics of the product

This battery is a Li-ion battery Grade A, with a capacity of 5200mAh, which allows in theoretical charge 2 x a smartphone or 1 x a tablet.  It has the advantage of having two USB ports to charge two devices at the same time * _ * and significant, we can know its remaining autonomy with a charge indicator: 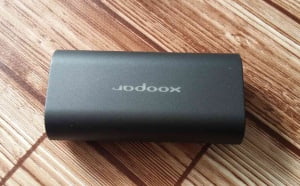 Its design is very neat, nice grip, small suction cups dust on the back allow secure battery with the smartphone and hop, quiet, in the pocket or bag without that comes off of the phone, or also for use it while it loads. (I realized later that it was probably for this reason that charging cable was too short, not to obstruct) These su 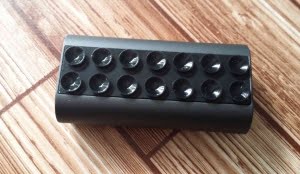 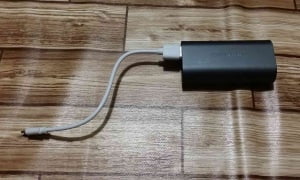 tion cups also serve as support on the phone if you for example want to watch a video, nice enough if there is no hull allowing this :)

Simultaneous use two aircraft is, as expected, very handy, I could recharge my smartphone and my reading light at the same time; in 30 min of use on both, about 15% of battery won on each device, it seems very well as percentage knowing that the light was used during charging. The battery recharges in 3-4 hours, and I was able to fully charge my phone with, while retaining half of its capacity (from the flashes of the logo in all cases). The suction cups are practical, less disturbing than I would have thought in my bag they don't get dirty really bit ^^ or not, and the support function serves more than expected, good surprise. Basically you guessed it, a nice small battery, which does its job with a few more, I recommend ^^ of course, it is compatible with all smartphones with a microUSB port as the Galaxy S6, S6 EDGE or even the S6 Edge Plus as a charger.