For the first time on the blog, I offer you, through our partner Mobilefun.fr, a test on gloves for touch screens capacitive!

This is why with the winter weather that we have at the moment, I offer my opinion on a product that will help you to spend in addition to the cold: gloves!

But not anything like gloves! These are specially designed for the use of smartphones (finally all things having a capacitive screen *)
Who has not never been obliged to remove his gloves to answer a call? Can end up with a frozen hand? Those who don't have a portable touchscreen, you say…

First of all, consider… 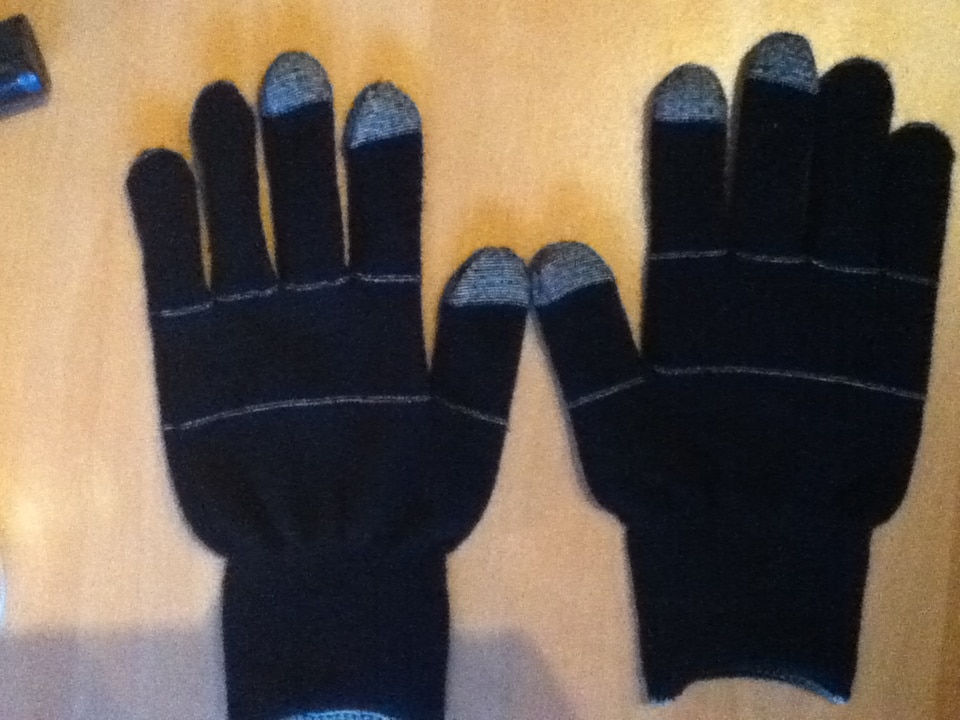 These are gloves sober and matted, black and white, that is the most common colors.

The size is unique and as they are elastic they adapt to all hands. Elsewhere the elastic at the wrist is tightening what makes the cold wind does not pass under the gloves! ;-)

It's still fine gloves without wig or other tissues highly cold resistant. So for those who want to play in the snow, I would not advise them, Ditto if it is to go skiing (unless the cold-resistant). However if it is to come out when it's windy and cold (but not too much anyway) there will be no worries, they will protect you!

I will say that I am convinced the price (currently at 7.49 euros). I was able to try them under several conditions:

But if you ever find that your gloves does not work or that a finger is defective that gloves can act on your screen it is the white part. So try to get a few fibers at the level of the fingertip, as here: I would like to thank Diana from Mobilefun, thanks to that, I had the pleasure of testing this gadget, and for the price it is really not stolen. It should still keep in mind that these gloves have as main function to unlock the unit to answer a call. I tried to write an SMS and it took me 3 times more time (mainly due to lack of precision). Level held, they are perfect because of glue hand and protects from the cold.
That want to spend the winter?

Small notice on the site in passing:

Fast for sending! I received the parcel within 3 days in a period of Christmas and new year and well packaged in an envelope shock, despite the fact that it is only gloves! So nothing to complain about! ;-)

Link to the object in question: http://www.mobilefun.fr/34255-gants-pour-ecrans-capacitifs—noirs.htm

And of course, you can also find other accessories for iPod and smartphones.

* A capacitive screen is part of the family of the screens says touch just like resistive screens.

But what is the difference? Nowadays there are mostly capacitive screens, which operate by touching with the finger screen, while the resistive required to support on its screen. Nevertheless, with the resistive one could use conventional gloves :-)