After missing several times to see my Samsung Galaxy Note 2 fly to the ground because I had forgotten that I had the headphones after a while, I thought it was time to switch to bluetooth headphones, before it was too late. And, in order to enjoy it also by playing sports, I chose to test the Bluetooth Avantree Jogger headset, designed to withstand sweat/splashing and for outdoor use, in addition to serving as a hands-free kit to receive and pass the Calls. 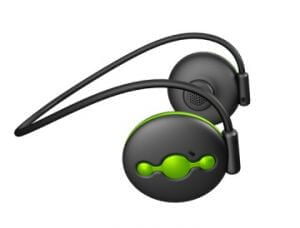 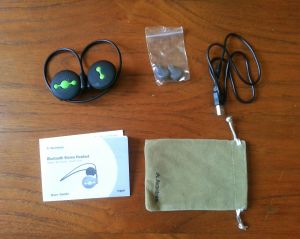 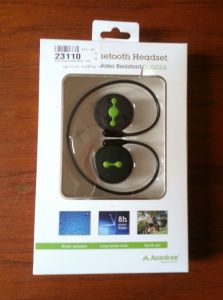 2 pairs of soft earbuds. The USB charging cable. A small protective bag for the helmet, very convenient to carry everywhere. A manual (in English, detailed and sufficient). The helmet: H 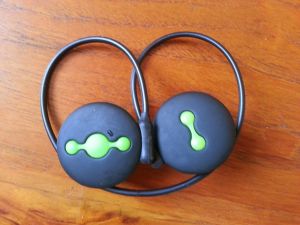 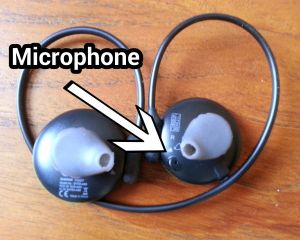 per light (23g) with a diameter of 85mm(L) x 72mm(l) x 25.5mm(H), holds in the hand, flexible, easy to put once you have grasped the principle. Bluetooth V2.1-EDR , 10-metre range, up to 8 hours of conversation, 9 hours of listening to music or 16 days on standby (170mAh lithium battery). It can be paired with up to 7 different devices (I've personally tested it with my Samsung Galaxy Note 2, my Vaio laptop and my iPad 2). Pairing is simple: after activating the bluetooth on the paired device, just press the multifunction button of the headset until the LED light flashes alternately red/blue (operation to be performed when the helmet is switched off). In the manual, it is indicated that it takes 7 to 10 seconds for the LED to flash, it took a little more than that (about 12-14 seconds I would say). This headset is not only used to listen to music, it also acts as a hands-free kit, and it does its job well: it is indeed very easy to intercept/finish a call by pressing the multifunction button, even when using the headset to something else at the same time. You can hear the caller very well, and in reverse, no echo noticed unlike some other hands-free kits that I could try. This helmet is designed to be used in sports, designed to support movement and perspiration; not backing down from any sacrifice ,ahem, I took a little jog to check this and fortunately, my efforts were not in vain, this helmet holds well in place even running, the sound remains just as correct even in motion and without any cuts either.

I will buy without hesitation this headphone if one day it no longer works, I use it every day since I received it! The range is as good as expected (I have not recharged it yet since the first charge), the sound very correct as much to listen to the music as for calls, it works several meters away from devices used without sound cuts, practical to take away (hop, around the neck as soon as I do not use it and it is quickly forgotten thanks to its low weight). The only "negative" point is the comfort of the headphones, after a little hour they hurt me personally a little, but I have not yet found in-ear headphones not making me suffer so far, so I leave the benefit of the doubt to this model without knowing which of him or my badly screwed ears is the culprit;-)